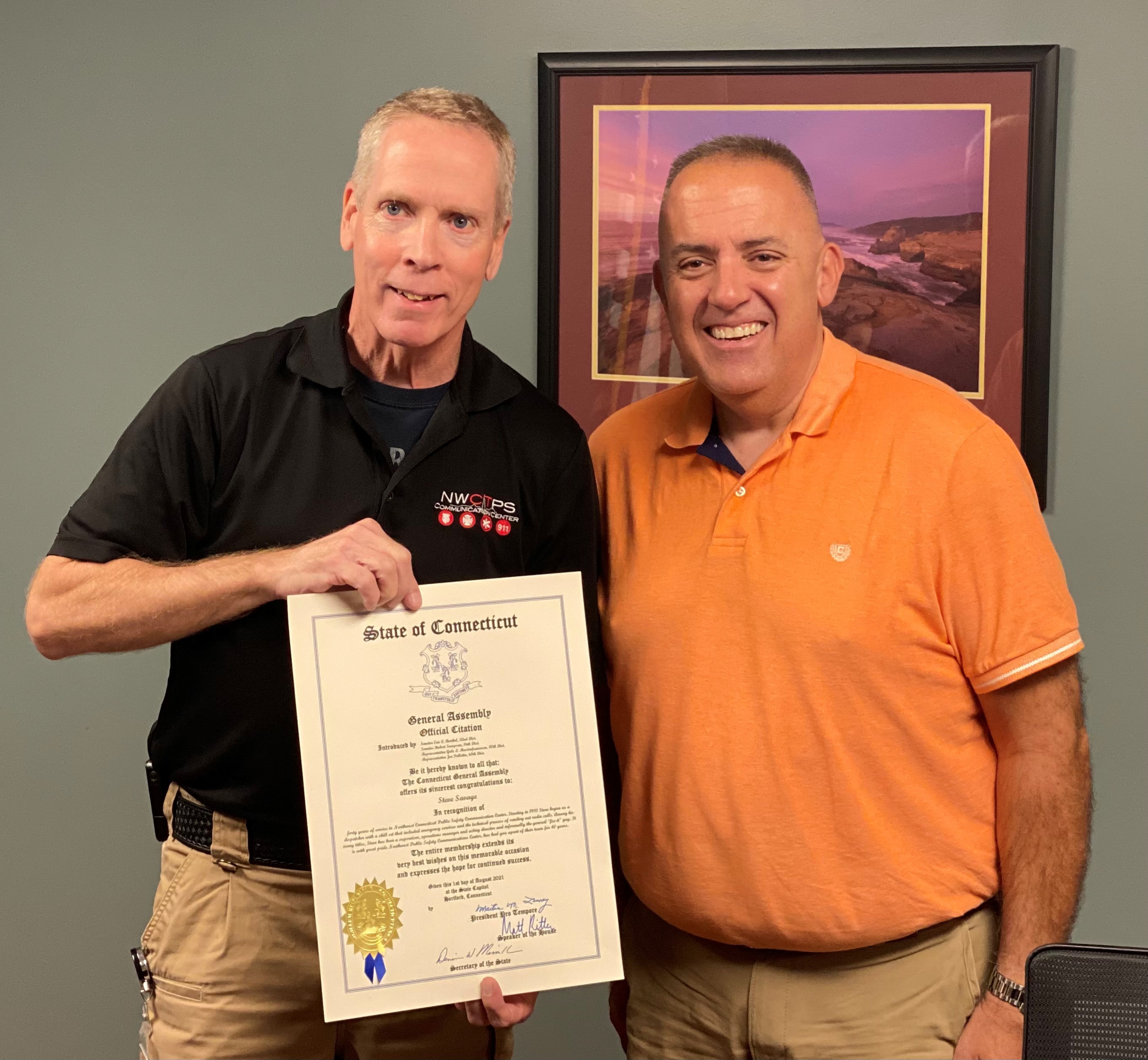 We would like to congratulate Steve Savage on his 40 years of service here at NWCTPS! Steve began as a dispatcher with a skill set that included emergency services and the technical process behind sending out radio calls. Since that time, Steve has been a supervisor, operations manager, and acting director, and informally the general "fix-it" guy among his many titles.

Steve lives and breathes emergency services and we would not be the organization we are today without him!

We would also like to thank State Senator Eric Berthel for presenting Steve with an Official Citation recognizing his years of service.

Thank you and congratulations Steve!