The Voice of CMED 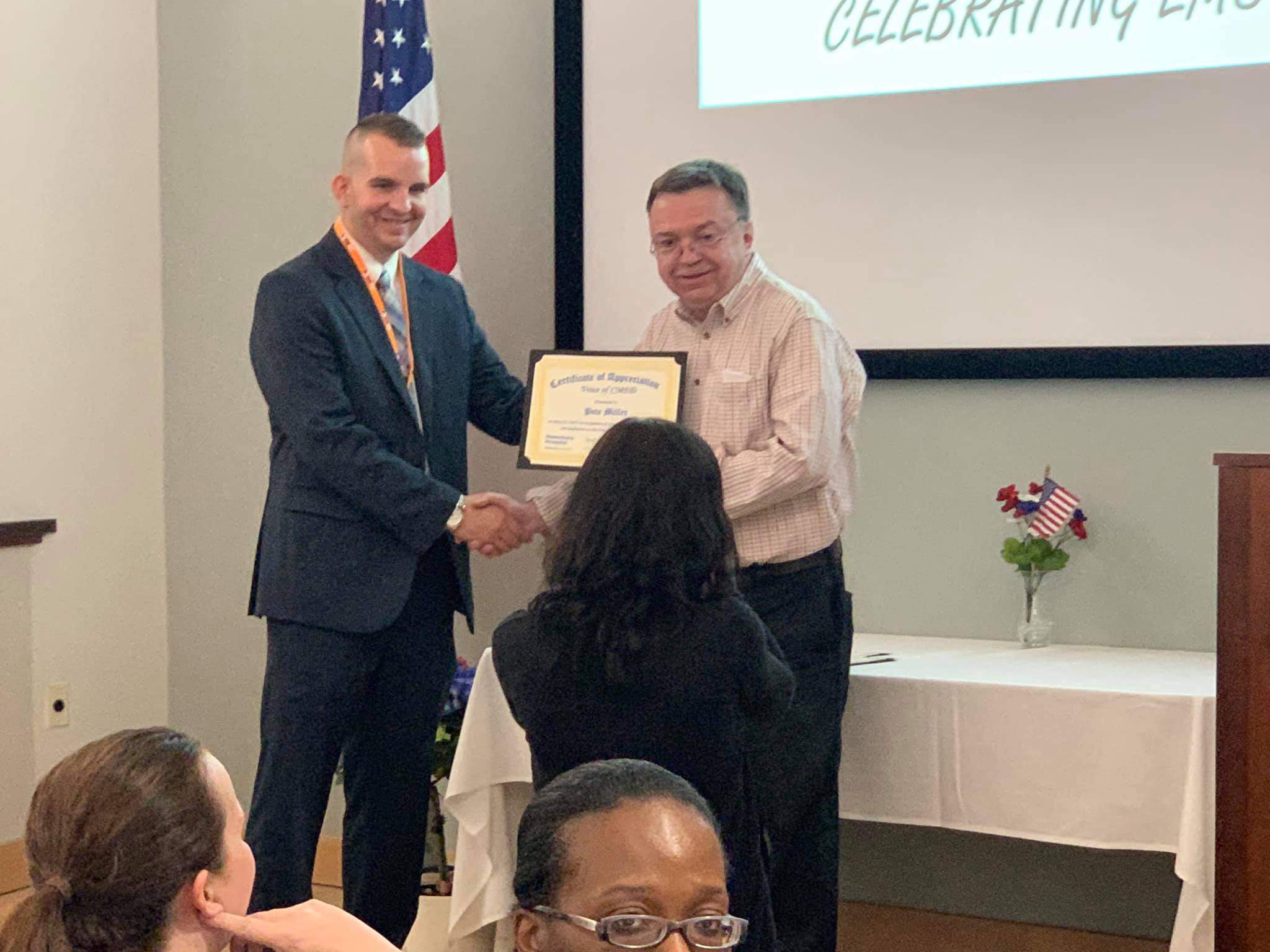 Northwest Public Safety is honored to be able to recognize a core member of our organization Peter Miller, Dispatcher 112. Pete started at Northwest in December of 1989. At this time Northwest was located above Waterbury City Hall, dropped down to one dispatcher on the overnights, and all calls were documented on paper blue cards. In Pete’s nearly 30-year career at Northwest, he has seen lots of changes, moves, and additions, with our biggest and most recent change happening in May of 2016 when Northwest came back home to the City of Waterbury. During all the transitions one constant remained the same at Northwest, Peter Miller was the proud Voice of CMED. During any given morning shift you can hear Pete calmly directing units and setting up radio patches to Northwest’s partner hospitals. It is unknown how many lives, calls, and people Pete has influenced in his career but in the last year alone Pete processed more than twenty-five thousand calls. Northwest is honored to have a truly dedicated dispatcher in its ranks, and we are better as an organization for having him. 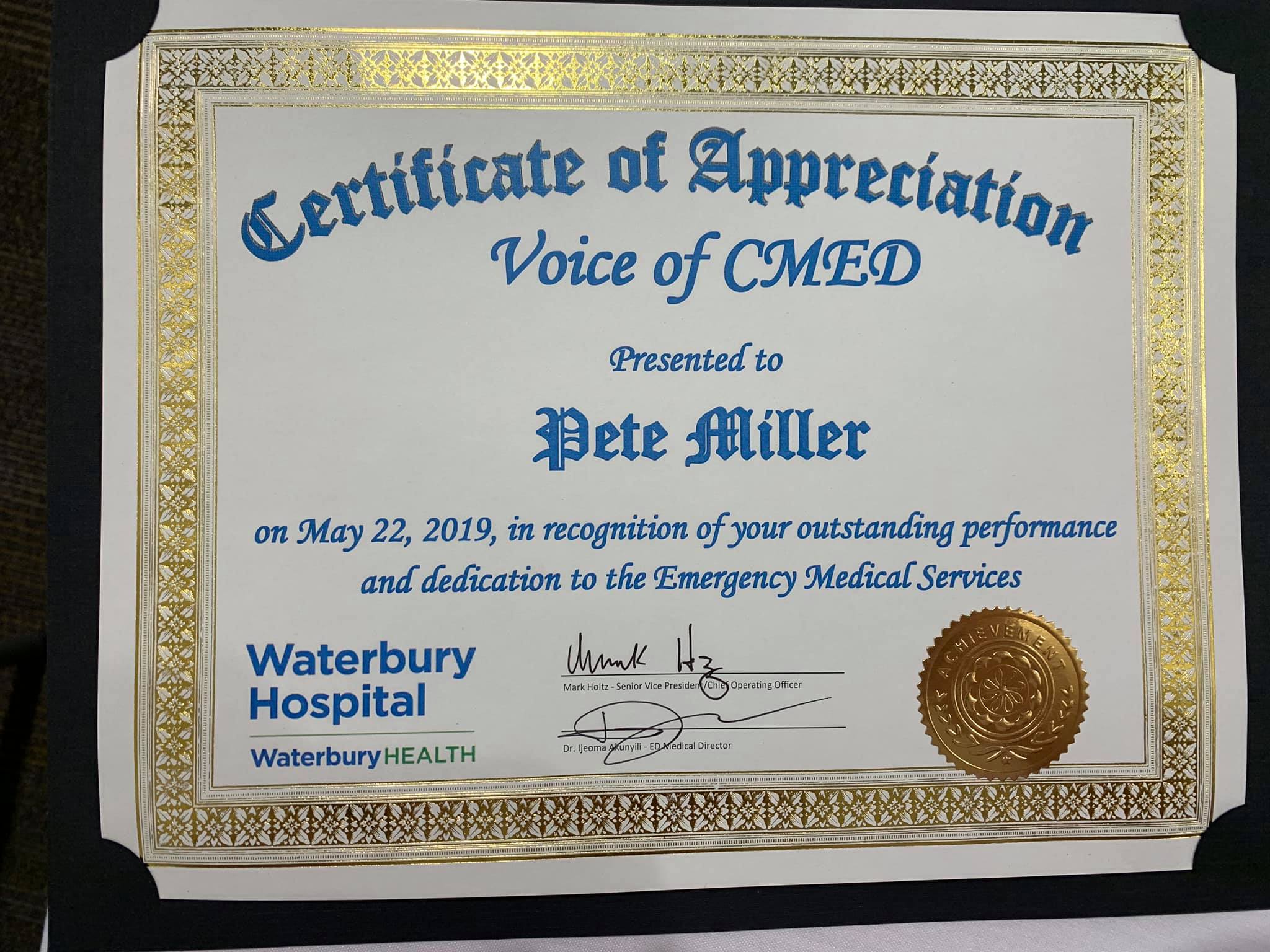